This is another entry in our WP Heavy Hitters series that showcases the talent in the vibrant WordPress community. Joost De Valk hails from that cool place formerly known has Holland. He has been very active in the WP community for several years and has contributed many of the popular plugins you know and love. His soft spot is SEO which is apparent by the numerous links populating this interview. 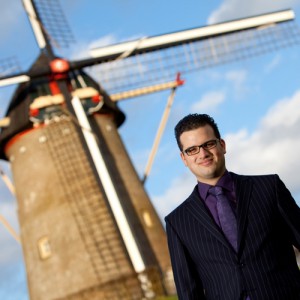 Power Move: Making WordPress SEO and speed optimization so easy that people switch platforms just because of it.

How did you get started working with WordPress?

My first ever WordPress site was my own blog, then still on joostdevalk.nl. On that blog I was experimenting with CSS3 a lot, this was in 2006 when CSS3 was still very very new. The CSS3 previews I made soon got so many visitors that I decided to make another site, CSS3.info (which I’ve since sold), which was also in WordPress. On this site I started playing with SEO techniques and found WordPress to be easily optimizable when I did some small modifications, and so I started building plugins.

I started blogging about those on joostdevalk.nl, which later on became yoast.com, and well, some history was made since 🙂

What do you attribute to your products/services massive success?

Do you think living outside of the USA has helped, hurt, or made zero difference in your success?

It would probably have been easier if I lived there, I’d have attended & spoken at more conferences etc. On the other hand: it helps my productivity that I don’t do these things as much 🙂

I take it that Yoast is the American pronunciation of Joost?

Yoast is indeed how to pronounce my name for Americans 😉

Yoast and WordPress appear to have a special partnership. Could you explain it to our readers and share how that partnership started?

Well there’s not much special about it in that there’s some sort of written down deal on anything. I just work with WordPress all day long and focus on that, and that has helped me a lot. As a thank you to the community I do a lot of free releases and speak at WordCamps etc. I always try to give more than I get, because you always end up both giving and getting more that way….

Was there a WordCamp that was more memorable and why?

They all were in their own ways. The cool thing about WordCamps in different European countries is that you get to see some of the culture sip through into their own WordCamp.

What are you currently working on?

My super secret project of the moment (not that secret, to be honest, I talk too much for that) is a roll-up of all the SEO plugins I’ve made into one WordPress SEO plugin, with a lot of added features to it. I’m calling it, a bit tongue in cheek, a real All in one SEO solution, since it’ll do everything I think you’ll need to optimize a WordPress site for search engines.

Next to that, some client projects are taking up my time, as well as a new version of my Google Analytics plugin which should include a lot of new stuff.

Do you think calling your plugin a real All in one SEO solution will cause confusion in the market place and possibly be seen as disrespectful since there’s an existing plugin with that name?

I won’t name it that when it comes out, it’ll just be called “WordPress SEO”. –In beta now

Will your future SEO solution plugin be free or a premium product?

The core will be free, there will be paid addon modules for it later on though, sort of like the WP E-Commerce model.

What is some of the new stuff that will be included in your new version of your Google Analytics plugin?

Mobile tracking and an analytics dashboard are the most important features.

Many people claim to do SEO but many really don’t know how to get top rankings. How do you assure people that you know what you’re doing and how do you feel about all the snake oil salesmen?

I don’t have to assure them. The lucky thing of having my reputation is that people come to me for advice and I hardly have to sell them on anything. I have worked, and still work, with both huge businesses (eBay, Salesforce, f.i.) and small business alike (local contractors, my mum’s relationship therapy business) and given them real results. Those clients will always refer other people to me.

The key thing is to remain honest. I got quite a bit of flack from some people in the community (privately, by emails and Twitter DM’s etc.) when I published my WordPress hosting article. You see, I was open about being paid for the referrals coming from that. I’m still open about the fact that I can choose with whom to make money, and that I then prefer to make money with those who actually service my readers well. In fact, if I could make loads of money by referring people to bad products, I just wouldn’t do it. My reputation is worth more to me than any kind of money.

What would be your solution to the problem of snake oil salesmen?

There is no real solution. People need first page, or actually top 5, rankings and they’ll always be tempted to believe someone can get them for them if he has a slick story. To prevent yourself from walking into holes like that, just make sure you check credentials, google them, see if they’ve ever done anything that other people wrote about. Another option would be to go to a SES or SMX conference or other search conference in your neighborhood, and see some of these people speak. Just look around and you’ll find who the good guys are.

Didn’t google just launch something that many some SEOs believe will kill their industry? How do you feel about it and what are your plans?

No it won’t, if you’re referring to Google Instant. It might change a bit which words people search for, but it’ll never change SEO entirely. You see, in essence, SEO is the art and the science of how people search for what keywords, and how a search engine finds and matches pages to fit those keywords. That, in itself, is entirely independent of what the current technology is. If Google would die tomorrow and another search engine would rise, you’d still need SEO, just for another search engine.

Which product/service of yours did you expect to make a big hit but either fizzled or was used in a completely different way than you anticipated?

Hmm don’t know if that has ever happened. I always test the grounds so much that I’m quite sure by the time I release something that it’ll work. I did have a sort of “wow” experience when I recently introduced my site analysis service, I expected to do a couple of those per month, and ended up doing about 10 of them per week, which was a bit more than I had bargained for. So the price on that (now $500) will probably go up soon as I do those myself and that, well, doesn’t scale at all…

Where do you see WordPress going in the future?

More towards a complete CMS than “just” a blogging engine. It’s going that way fast, but it still needs polish on some of these fronts.

Which CMS fronts do you think WordPress should tackle first?

Easier URL structure management for custom posts and taxonomies and a taxonomy meta data table are highest on my wishlist.

Joost, thanks for taking the time to share your thoughts and some details on future endeavors. Keep us posted.