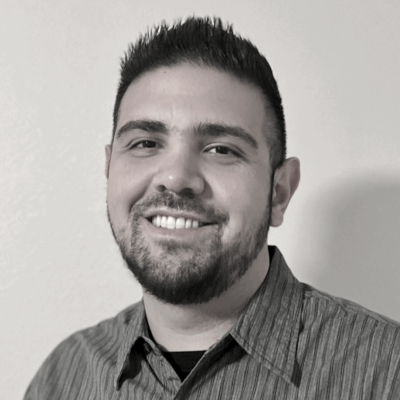 How I got here: 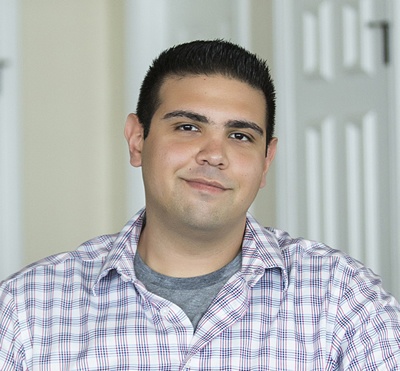 I’ve been in the Technology game for the better part of the last 15 years in some shape or another. I’m a Los Angeles native and some people might say I work way too much. They’re probably right.

About ten years ago, I was sitting at a pub in Boston with a friend and former colleague one evening during An Event Apart 2007. The company we were both working for (a well known premium web hosting shop) sent us there to learn, network, and mingle. My colleague was about 10 years ahead of me in his career, so I sought his advice. The best and most useful thing he told me were these two words: baby steps.

It seems overly simplistic but I took that mantra to heart and applied it in everything I did from then on. I reminded myself that baby steps is the key to success no matter the task at hand. Turns out this is really good advice to actually get things done and pushes you to keep making progress. You are more likely to take on challenging projects, understand the details, and see them through if you have this mindset.

Flash forward to late 2014 – I had made the decision to move on from the company I’d been at since 2005 – where I basically spent all of my 20’s learning how the Internet, Business, and People work – and was sure that what I learned there prepared me to take on any new challenge that would come my way. It was truly a remarkable and valuable experience to be a part of the evolution of a company over such a long period of time. I said my goodbyes and switched jobs, spending a year at a hot new startup in a key role. I helped to get a lot done in the relatively short time I was there and it pushed my adaptability and perseverance to new heights.

Somewhat unexpectedly and serendipitously, I found myself switching jobs yet again in early 2016 coming to Pagely. As luck would have it, the person who introduced us was the very same person who gave me the sage advice of taking baby steps – back in Boston a decade prior! What attracted me to Pagely was the people, the culture, the technology, and the drive to focus on a very specific segment of the hosting market but to do it better than anyone else. The tagline “our customers are our investors” resonated with me and showed me that Pagely is exactly the type of company I want to work with. I don’t like switching jobs very often, but I decided to go for it this time because it was a really good fit.

What I do here:

Josh the CEO (we all call him Strebel) was very clear about the priorities for the position they were seeking to fill for Pagely’s Head of Hosting Operations; free up and protect Josh the CTO’s time. He had joined Pagely a few years prior and has been instrumental in transforming the company’s platform and offerings as the needs of the market evolved. His job began to become more and more focused on the day to day and less on making forward progress. Both Joshes were aware something had to be done about this. It felt like something I could take on, knowing full well it was going to be a demanding job with a constantly evolving and high maintenance platform. I assumed most day to day responsibilities and we continued to grow our headcount to support the growing needs of our customers. Meanwhile, Josh and the full-stack development team’s time was freed up to make leaps and bounds behind the scenes to deliver the next big picture items we have on our roadmap, now unfettered by the day to day.

My role and my responsibilities here are vast but without the help of our skilled DevOps and Support teams I would find myself in a truly impossible position that no amount of baby steps could cure. I’m no stranger to web hosting at large scale and I am accustomed to an interrupt-driven workflow, but for Pagely pretty much every customer is a VIP with complex needs. They come to us when they’ve outgrown their current host or just don’t want to deal with all the nuances of running WordPress at scale on their own. We’ll spend an entire day or more on one customer but it’s really worth it because we do some amazing stuff that eventually makes its way into being an easy thing to enable for the next customer.

DevOps here has a front row and center seat to the goings-on of every site we host. We rotate duties to keep everyone fresh and interested in what they’re doing. We make it a point to be sure everyone on the team is cross-trained on handling anything that could be needed. While you’re on pager duty, you’ll often spot some recurring issue or trend that is annoying to deal with. A quick Slack /slash command later, it’s in the backlog to be reviewed later and improved upon. Since our team is continuously being exposed to the live operations we’ve got valuable firsthand data on what needs to be fixed. Because we hire Ops people who also know how to code, those niggling and annoying issues get squashed more effectively and it results in a better experience for everyone.

The Dev side of our DevOps is responsible for lots of things to help support our platform in a better way with a focus on optimizing service delivery times for our customers. Nobody wants to wait to get their VPS. Nobody wants to wait to have this or that feature implemented. They shouldn’t have to wait, and often times they don’t wait very long unless it’s something completely new being requested that we haven’t done yet. Our approach to this is simple but effective and holds true to the baby steps philosophy. As new features and functionalities are needed, let’s first just figure out how to make it work for this one customer. That obviously involves a fair amount of ad-hoc R&D and cowboy coding, monkey patching, and other operational no-no’s like that to get the first version out the door. We’ll continue to refine that new feature and maintain a tight feedback loop with the customer we delivered it to so we’re sure we got it right. As the solution gains solid footing and proves to be viable, we’ll spend the next sprint or two on automating it and making it as turn-key as possible. Next time someone asks for the same thing, we’ll be able to deliver it in a few minutes instead. Repeat this as many times as you like.

I organize the schedules of our team to be sure whoever’s on call doesn’t have any pending project work or customer tickets that may get delayed due to a busy alert day, and if they’re assigned to do a big migration or cluster buildout or something of the sort then somebody else is covering the pager duties so they can stay focused. In a larger company this type of thing is easily absorbed by distinct departments and sheer headcount, but at a smaller one it’s vital to make sure you’ve got everything lined up just right to make sure you don’t end up in a state of complete chaos (and still have some buffer for someone getting sick or taking a vacation). It takes deliberate action to stay coordinated.

Intervention In a Crisis

Let’s face it, sometimes things just don’t go as planned. A major part of my role here is jumping in to any situation with a customer and be able to help get things straightened out. This is not to say that I do it all single-handedly because I certainly don’t. But when a matter needs to be addressed on a faster timetable, I’m usually asking questions about it and seeing who I can tap for accelerating time to resolution. Sometimes I need Josh’s help too and that definitely goes against my mission statement, but there’s really nothing more important than getting a customer’s situation to a happy place and everyone is on the same page about that.

I truly feel blessed to be working alongside some amazing and dedicated people here at Pagely. Every day is a chance to learn and to help a customer get to where they need to be. While progress can be slow at times in what you do, never lose sight of the big picture and remember that it takes many little baby steps to get there.