The mission of this 3 part series of articles, released in monthly installments, is to discuss the options for constructing an enterprise Internet of Things (IoT) platform.

By now you have most likely heard of the Internet of Things (IoT) and your enterprise may even be planning an IoT platform. There are many different enterprise IoT platform variations with varying levels of sophistication but they all focus on creating value through Internet connected devices such as sensors and actuators.

Within the next few years, there will be more Internet connected “things” than people. IoT platforms are like an enterprise’s involuntary system: if it is working at peak level operational efficiencies are created, threats and opportunities are identified and new customer services are created.

Enterprise IoT platforms are increasingly using deep learning systems, a form of artificial intelligence, that exploit the rich analytical data that flows through these. The better the IoT platform, the faster the workforce can react and make informed decisions. There are many end-to-end IoT service providers that solve enterprise needs such as; freezer temperature monitoring for the pharma industry, asset tracking, building energy management and commercial lighting automation.

Some enterprises may want to build their own platform from the bottom up. However, the best option for most enterprises is to leverage an existing IoT platforms that provide a framework for you to customize your own solutions and applications.

Let’s dive right in and talk about three IoT platform parts: the Things, the Networks and the Cloud.

The power of “things” is just now being realized with new cloud platforms and service offerings in the last few years. Cloud security, storage and processing have provided these “things” with infrastructure and software to massively scale and communicate with other “things” even if these are thousands of miles away. Developers are starting to put the brains of these “things” into the cloud as this greatly simplifies upgrades, lowers device costs, distributes processing and provides multi-year battery life.

For example, myDevices provides an IoT enablement platform that allows enterprises to quickly design, prototype, and commercialize IoT solutions for a variety of verticals. By working with the LoRa Alliance, its platform connects with major LoRaWAN network servers and gateways and uses its open source Low Power Payload format that myDevices has shared with the LoRa community.

Another variation is mcThings that has created an IoT connectivity platform that includes low cost sensor devices (<$50) as well as an operating system and connectivity service.

Local area networks traditionally have been wired sensors but today low power wireless sensor network technologies have enabled new types of “things” to be connected without expensive installation, even in hazardous and hard-to-reach locations.

Each network provides the “things” with different characteristics such as fast transmission rates, large byte payloads, low power for long battery lifetimes or long-range communications. This can become complex as the number of “things” grows and it is why many enterprises contract out building their IoT network. 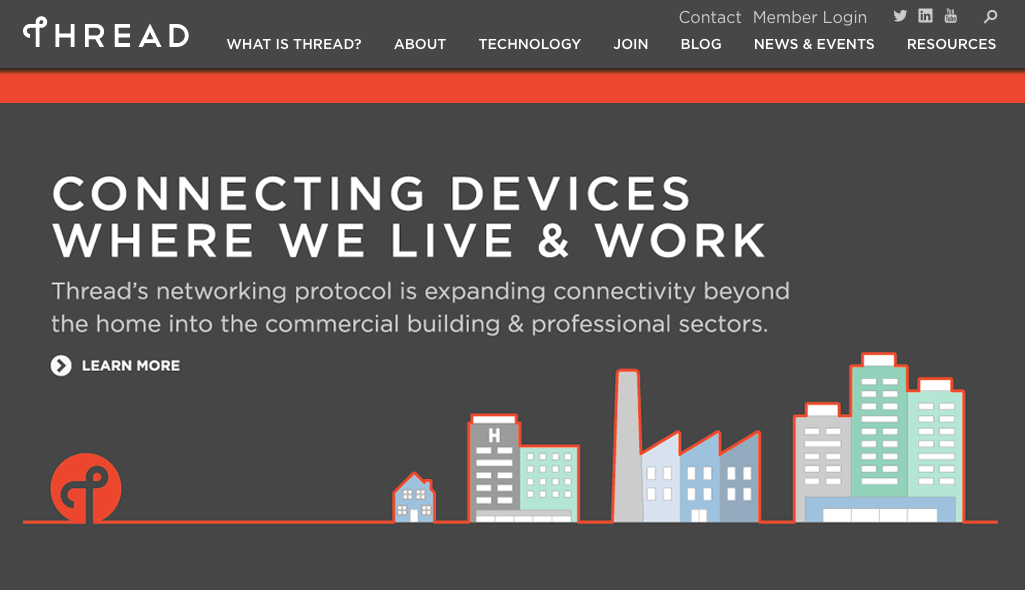 Over time, the “things” makers have hoisted up a lot of network complexity to the cloud and use a 3rd party IoT connectivity platform with their provisioning, security and other tools that makes in-house IoT network development possible.

Managed IoT network platform providers are a growing trend. Examples of major network operators that offer enterprise IoT solutions for North America include Comcast and Verizon. Comcast’s machineQ network is being rolled out to over a dozen U.S. cities. By using the LoRaWAN standard, Comcast is building an ecosystem of commercial partners to enable businesses and cities to gather, transmit, and analyze data about the operation of connected devices distributed throughout smart cities. This is provided through a wide range of services including “connectivity as a service” as well as full stack device and application solutions.

Verizon’s ThingSpace platform speeds up IoT development and provides a simplified IoT workspace and machine-to-machine (M2M) management center. After a series of pilots, Verizon is launching a nationwide LTE Cat M1 network that will enable enterprises to do a variety of IoT solutions using lower power LTE devices with $2/month data plans.

Open IoT networks have emerged such as The Things Network that does not charge for network connectivity and allows smaller businesses and consumers to create their own IoT solutions such as asset tracking and monitoring.

The cloud is where most enterprise IoT development happens. Once the “things” are selected, the networks of “things” specified, then it’s the cloud where operational efficiency and competitive advantage is forged. This is where companies customize and develop analytic tools to control and understand their “things.” Enterprises almost universally use one or more of the major cloud infrastructure platform providers either directly or indirectly through their IoT connectivity and AEP service provider.

Amazon’s AWS has the largest and most developed cloud services of any cloud provider. Amazon’s system includes advanced analytics technology acquired from 2lemetry and a full turnkey IoT service. Microsoft’s Azure IoT platform also provides a full turnkey system for developers as well. Further, IBM was one of the earliest machine learning IoT integrators and has a large portfolio of tools.

In large enterprises with lots of “things” the data can grow to terabytes every few days. This is where enterprises use cloud infrastructure and services to build their own artificial intelligence and deep learning systems. Increasingly, enterprises are using Platform-as-a-Service (PaaS) providers such as GE’s Predix that provides a framework for asset modeling, big data processing, analytics and applications.

In the next article in this 3 part series, I’ll outline the construction of an IoT cloud platform. Stay tuned.